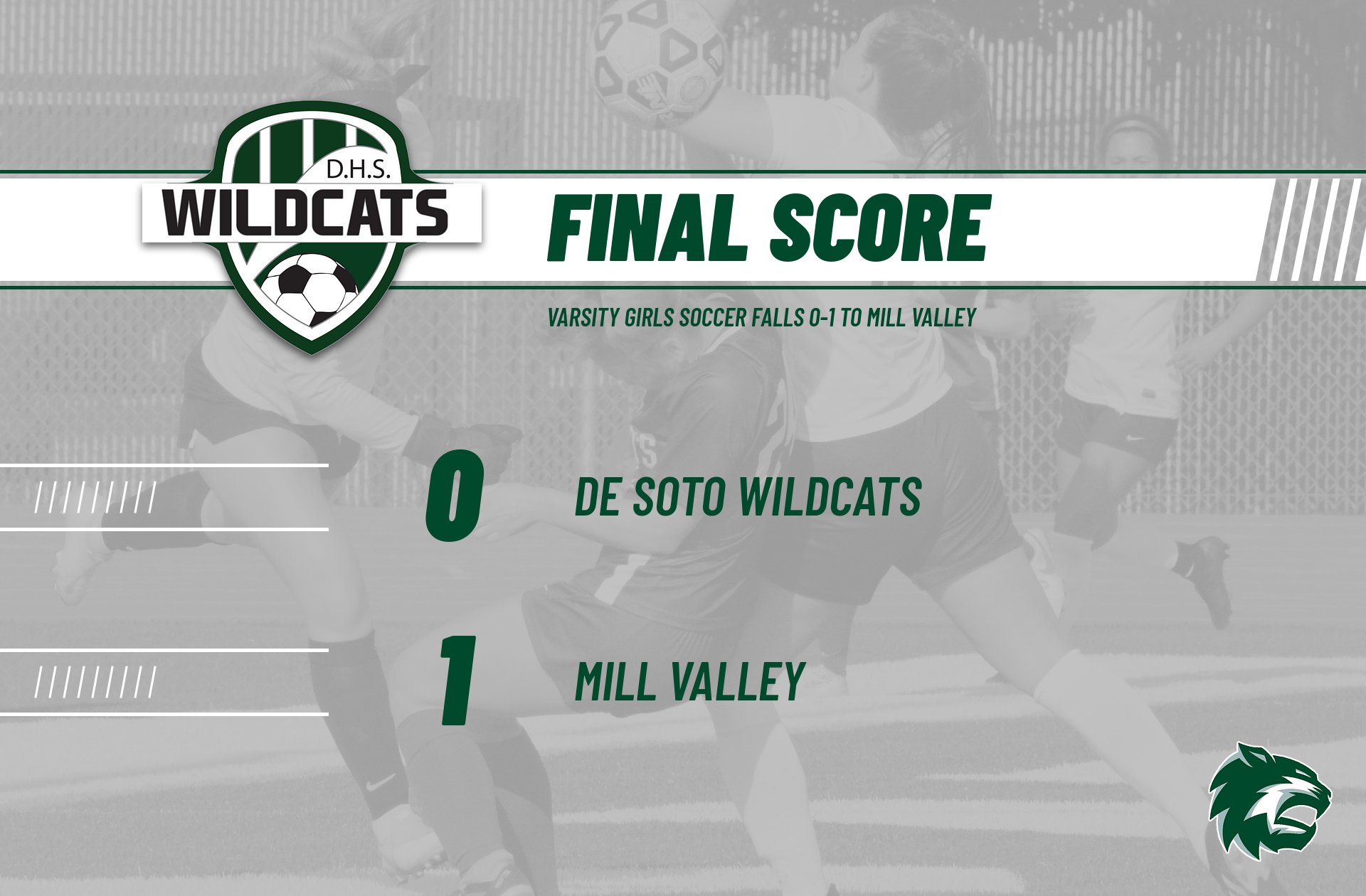 The Varsity Girls Soccer team hosted the Mill Valley Jaguars on Monday, May 3rd in a non conference match up. The Wildcats battled the entire game but were not able to force a goal. Hallie Scott, the Wildcat Goalkeeper, had an outstanding night with multiple saves and blocks of the Jaguar offensive attack. In the end the Jaguars defeated the Wildcats 1-0.

De Soto moves to 10-2 overall on the season and remains undefeated in the United Kansas Conference with only one UKC game remaining on Thursday vs. Lansing.