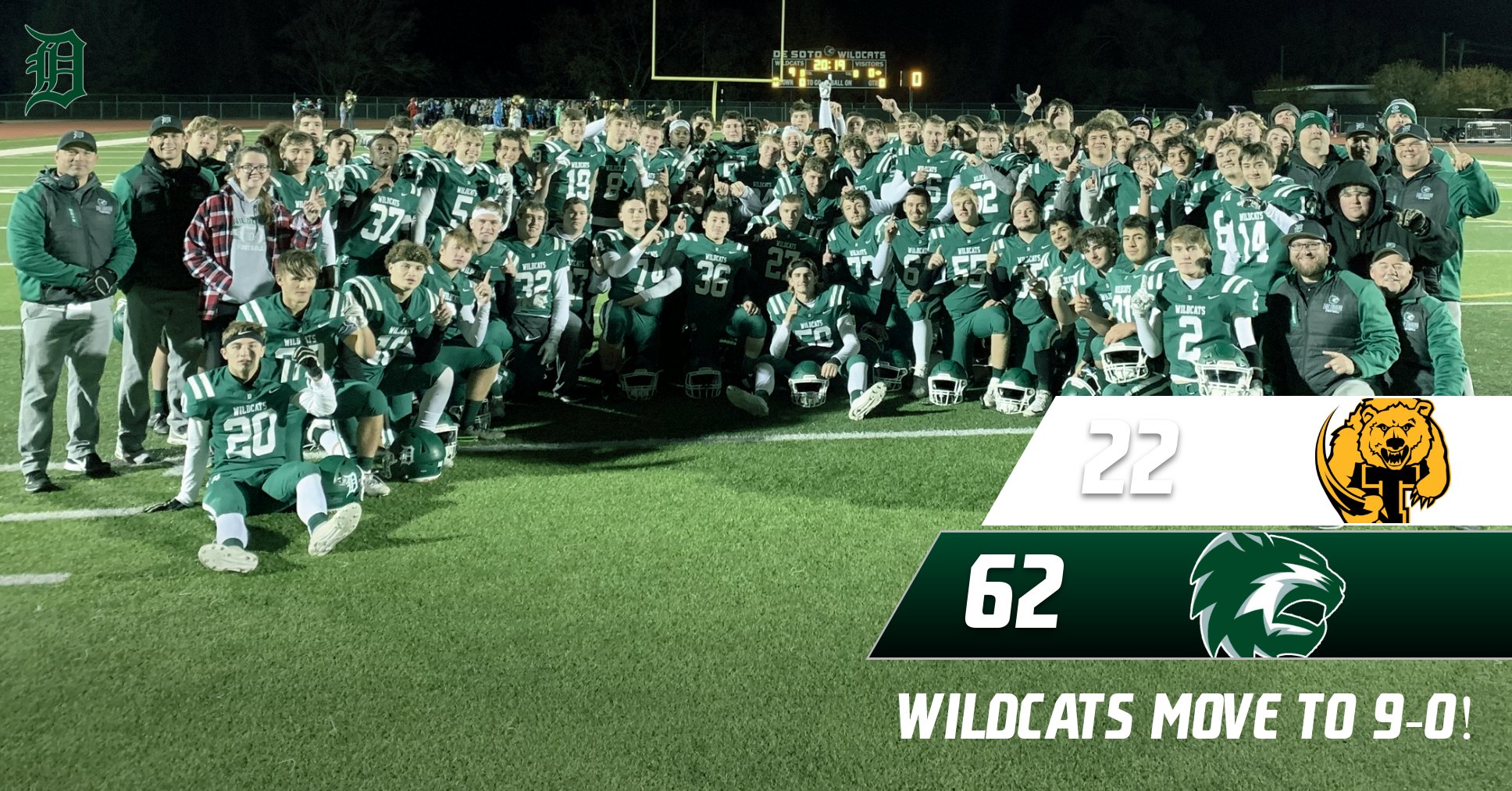 De Soto moves to 9-0 and will host Shawnee Heights on Friday, November 8th in a KSHSAA Class 5A Regional Playoff game. The game will be at De Soto High School at 7:00pm.