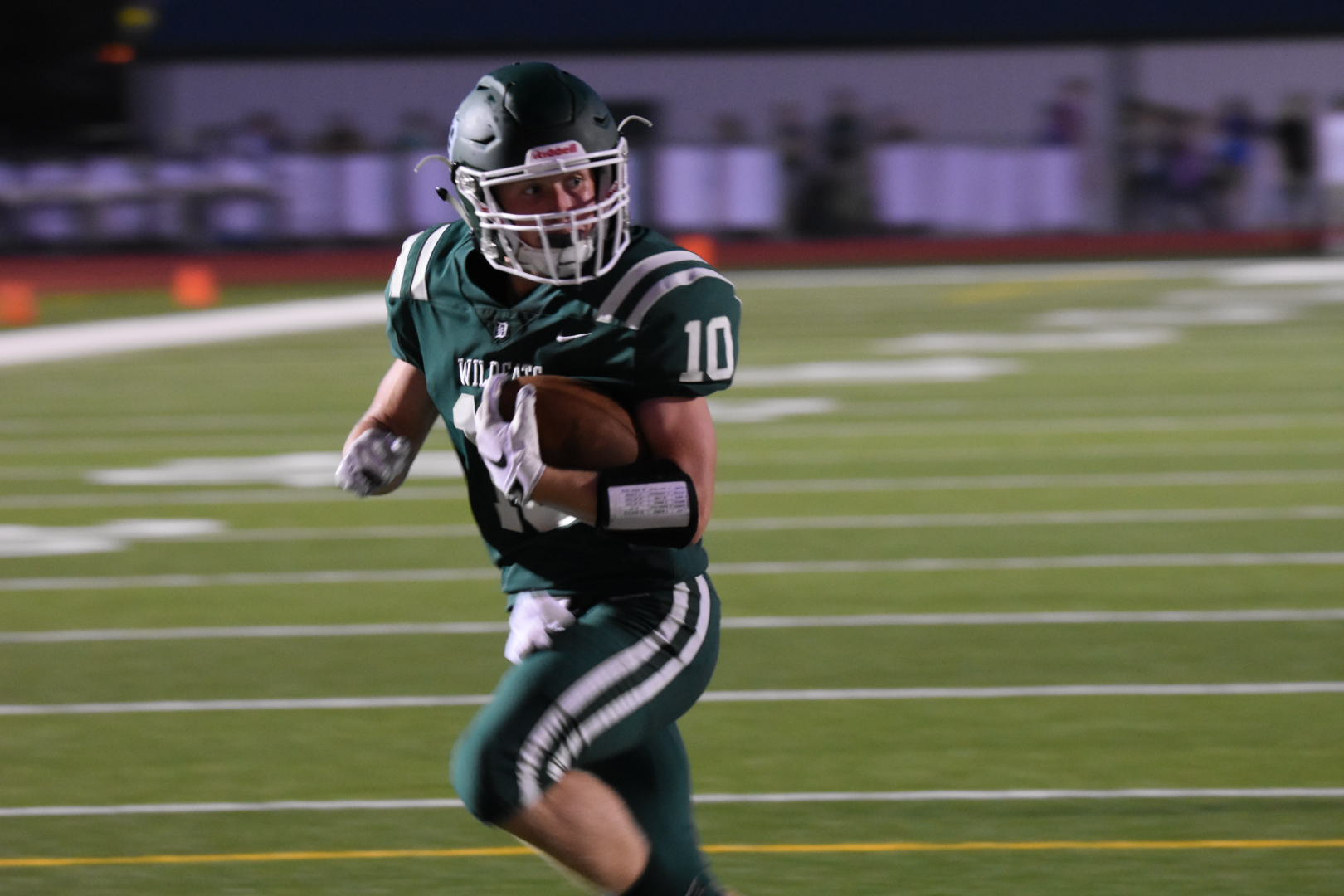 The De Soto Wildcats moved to 3-0 overall and 2-0 in the United Kansas Conference with a 56-0 win over the Golden Bears of Turner High School on Friday, September 14th, 2018.
The first quarter saw three Wildcat touchdowns the first coming off of an 11 yard run by Jackson Miller, the second from a 53 yard pass from Jackson Miller to Tyson Priddy, and the third was a 50 yard interception return by Dallas Williams. Eli Gratz added all three PAT’s to make it a 21-0 lead for the Wildcats after the first quarter.
In the second quarter the Wildcats once again found the endzone three times. The first touchdown came on a Keegan Sturdy 25 pass reception from Jackson Miller, the second was scored on a 24 yard run by Gavin Williams, and the third was on a 51 yard run by Tyson Priddy. Eli Gratz once again went 3 of 3 on PAT’s and the Wildcats went to the locker room at the half with a 42-0 lead over Turner.
The third quarter saw two Wildcat touchdowns. The first coming on a 6 yard run by Connor Brady and the 2nd off of an 8 yard pass from Aaron Macky to Shane Watts. Eli Gratz added both PAT’s and the Wildcats led 56-0.
Most of the second half was played using a running clock due to the 45 point rule, so the forth quarter moved quickly, but the Wildcat defense was able to withstand the Golden Bears and pitch the shutout.
The Wildcat offense ran 39 plays for a total of 391 yards and the defense held Turner to 141 yards on 56 plays.
The Wildcats will travel to Lansing High School to play the Lions in a Week 4 UKC match-up. Both teams will enter the game undefeated in the United Kansas Conference. The game will be played on Friday, September 21st, 2018 at 7:00pm.