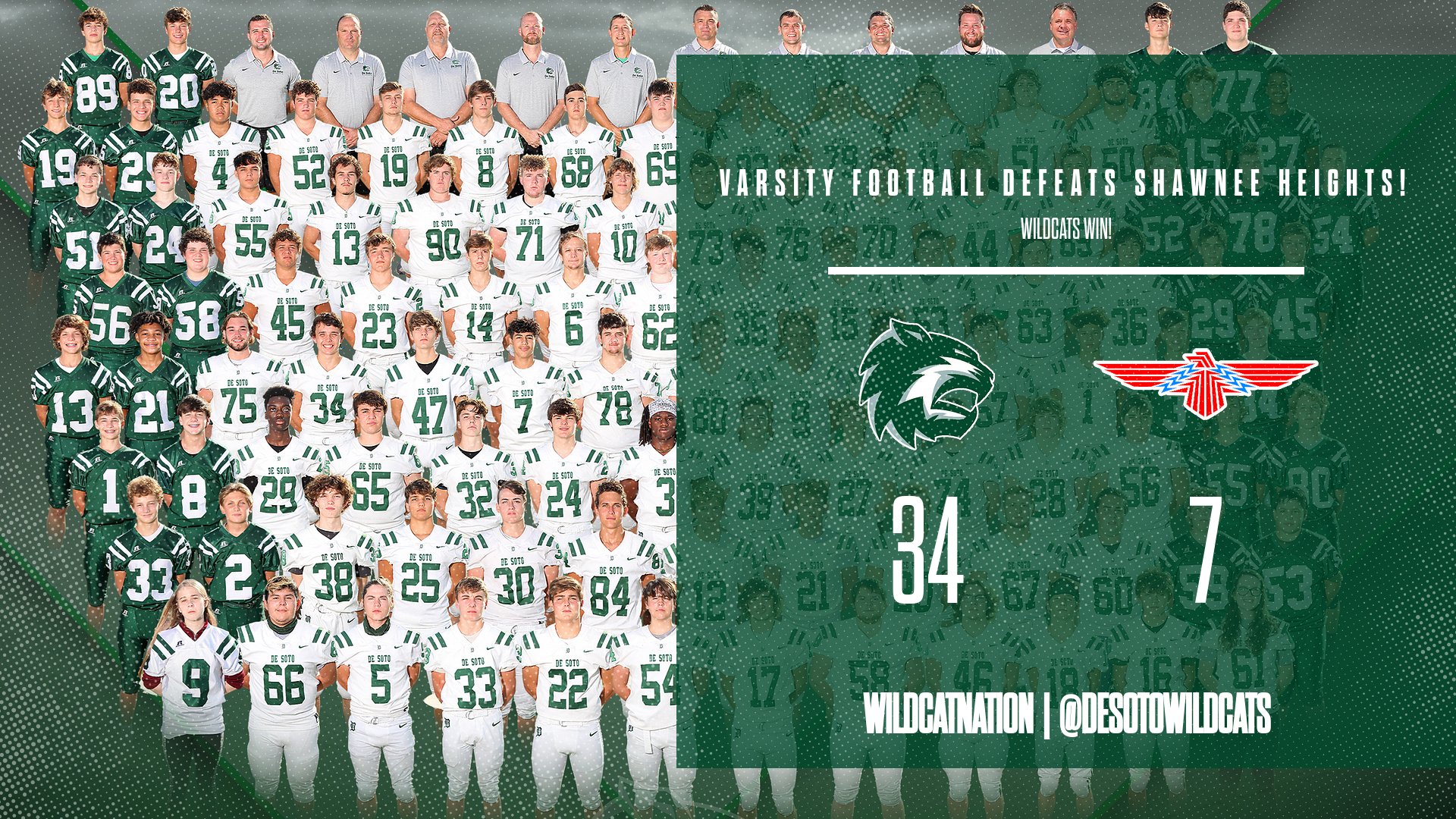 De Soto was scheduled to play Kearney, MO at home for their week 8 contest, but with Kearney quarantined the Wildcats had been searching for a game all week. This game did not actually get scheduled until 2:00pm on Friday, October 23rd. Shawnee Heights was scheduled to host the Turner Golden Bears, but also had to quarantine. The Wildcats and Thunderbirds decided to play and give their teams an opportunity to play at the very last minute.

During the first quarter of play quarterback Jackson Miller continued his ground attack that he has been accumulating all season long. Miller had two rushing touchdowns of 4 yards and 45 yards. VanBooven went 2 of 2 on PATs and De Soto lead Shawnee Heights 14-0 after the opening frame.
During the second quarter back up quarterback Tyler Schultze connected with senior wideout Hayden Henderson on an 8 yard pass for a touchdown. VanBooven added another PAT and De Soto went to the halftime break with a 21-0 lead over the Thunderbirds.
During the third quarter Ethan Schultze scored a touchdown on a 24 yard run. VanBooven converted his 4th PAT and De Soto led 28-0. Then Tyler Schultze connected with Hayden Henderson a second time on a 43 yard pass for a score.
During the fourth quarter the Thunderbirds scored on a 21 yard pass play.