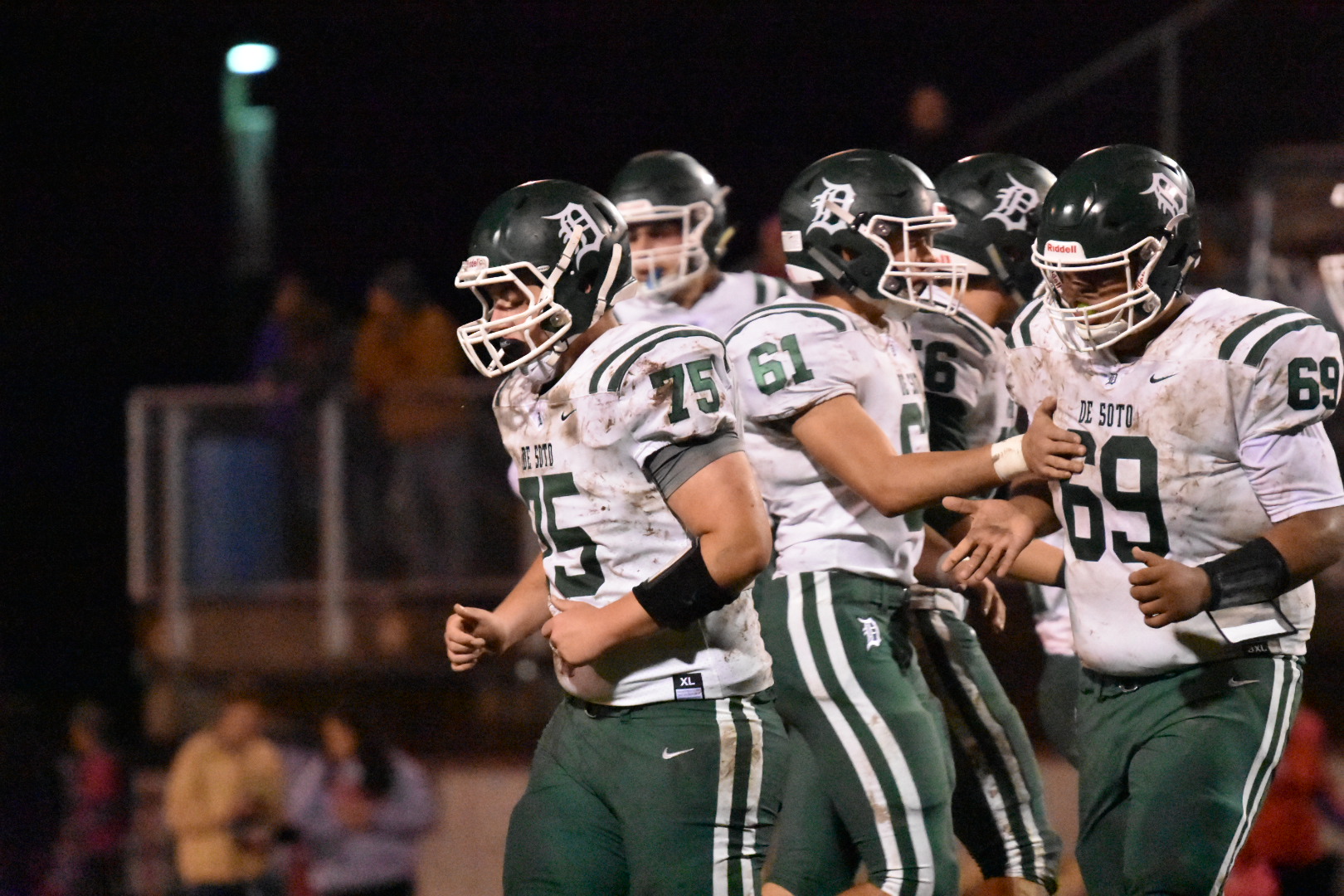 The Wildcats traveled to Shawnee Heights High School on Friday, October 12th, 2018. The week’s worth of rain made for some very wet and sloppy field conditions and both teams struggled early to find their footing. The game was tied at 0-0 at the half. The Wildcats put several 1st half drives together which found the red zone, but could not convert them for the score. During the 3rd quarter the Wildcats found the endzone on a 6 yard run by quarterback Jackson Miller and Eli Gratz then added the PAT. The Wildcats finished the 3rd quarter with a 7-0 lead over Shawnee Heights. During the 4th quarter the Wildcats scored through the air on a 23 yard pass from Jackson Miller to Keegan Sturdy. An Eli Gratz PAT made it a 14 to nothing lead over the Thunderbirds. The Thunderbirds put one more offensive driver together late, but that ended when Austin Rosetta intercepted a pass in the endzone and the Wildcats would take a knee after a few plays to seal the game.
The Wildcat offense ran 63 plays for a total of 240 yards and the Wildcat defense held Shawnee Heights to 103 yards on 44 plays.
The Wildcats move to 6-1 overall on the season and finish United Kansas Conference play with a record of 4-1. De Soto travels to Pittsburg, KS to play the Purple Dragons next Friday, October 19th.