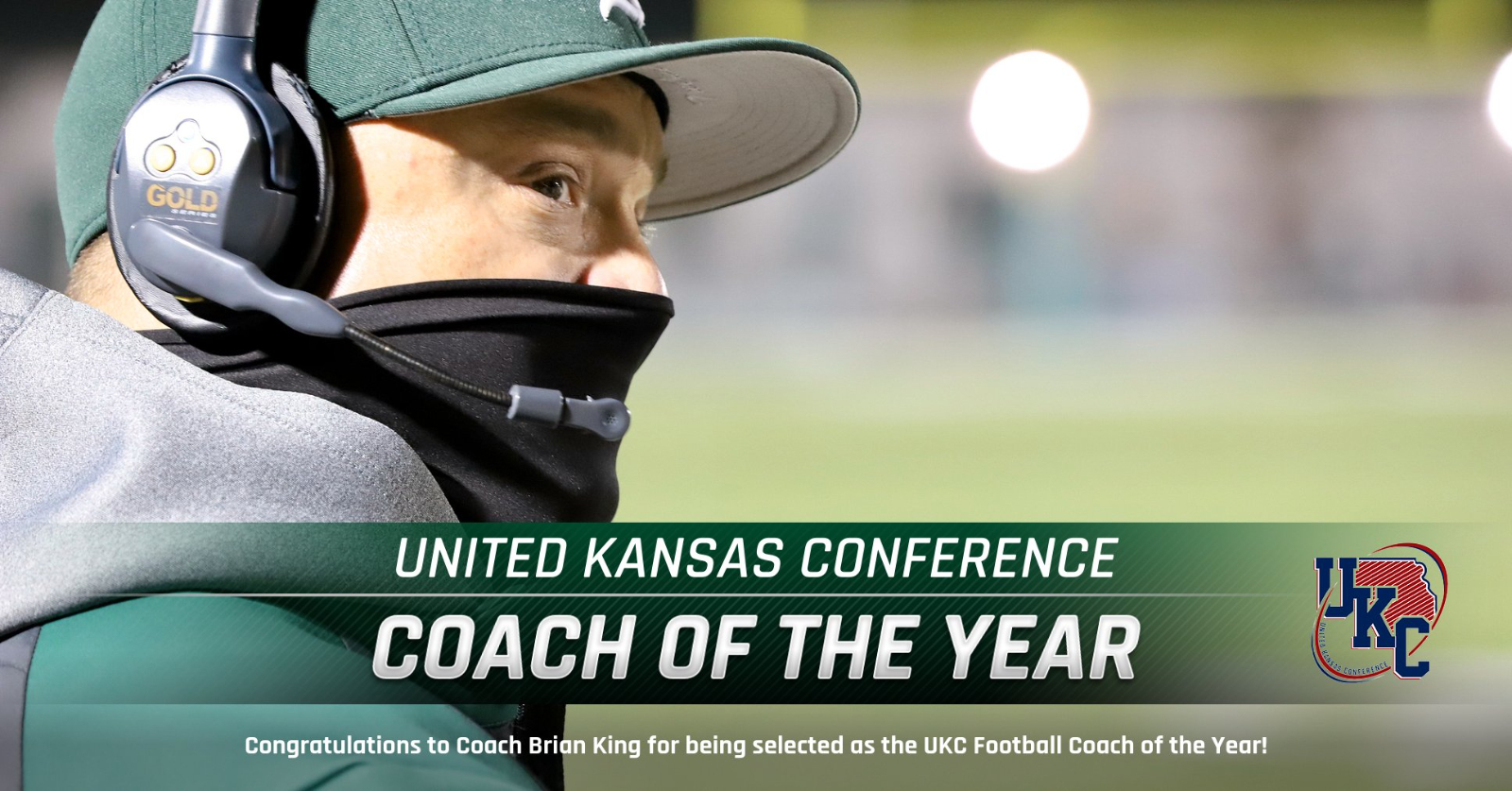 Congratulations to Coach Brian King for being selected as the 2020 United Kansas Conference Football Coach of the Year. This is Coach King’s third consecutive year earning the UKC Coach of the Year honor. Coach King has led the Wildcats to a overall record of 9-1 over the past three years within the UKC and has amassed a career record of 52-30 in just 8 seasons as De Soto’s Head Football Coach. During that time King has led the Wildcat’s to a Sub State Runner Up, two Sectional Runner-Up, 4 Regional Championships, and 4 Conference Championships.

Congratulations to Coach Brian King and the De Soto Wildcats on their continued success on the football field!