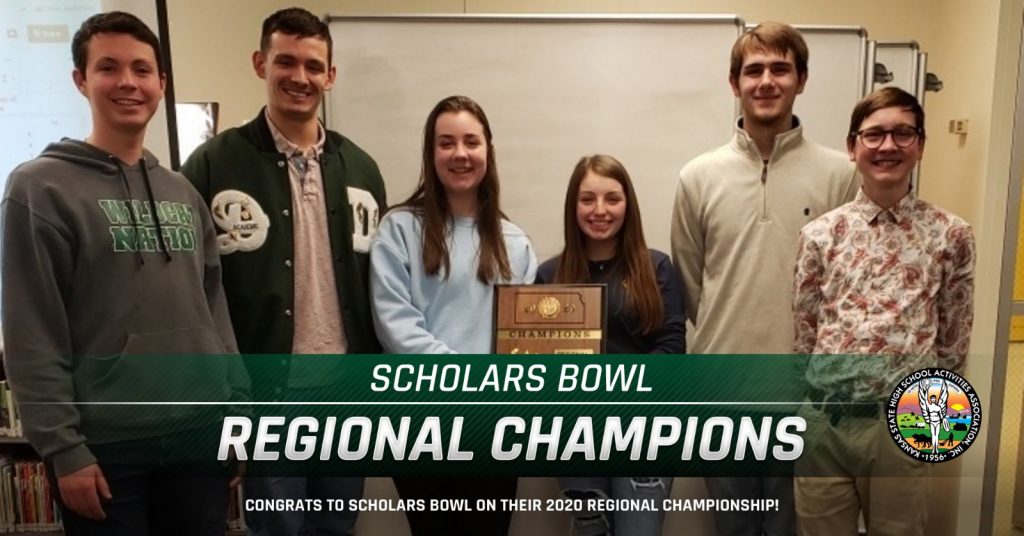 The De Soto Scholars Bowl team earned the 2020 Regional Championship after going 11-1 in the regional tournament, hosted by F.L. Schlagle High School. The team includes members Sara Murphy, Abi Yarbrough, and Luke LeBar, along with senior captain Brandin Chase and seniors Mason Ericson and Austin Bradley. All players answered at least seven questions at the tournament, and the team averaged 79.6 points per round, scoring on about half of the questions. St. James placed second with a 10-2 record, followed by Seaman and St. Thomas Aquinas. The Scholars Bowl team has now qualified for the State Tournament and will compete on Saturday, February 15th at Seaman High School in Topeka.

The team is coached by Phil Hamilton and Philip Kaul.