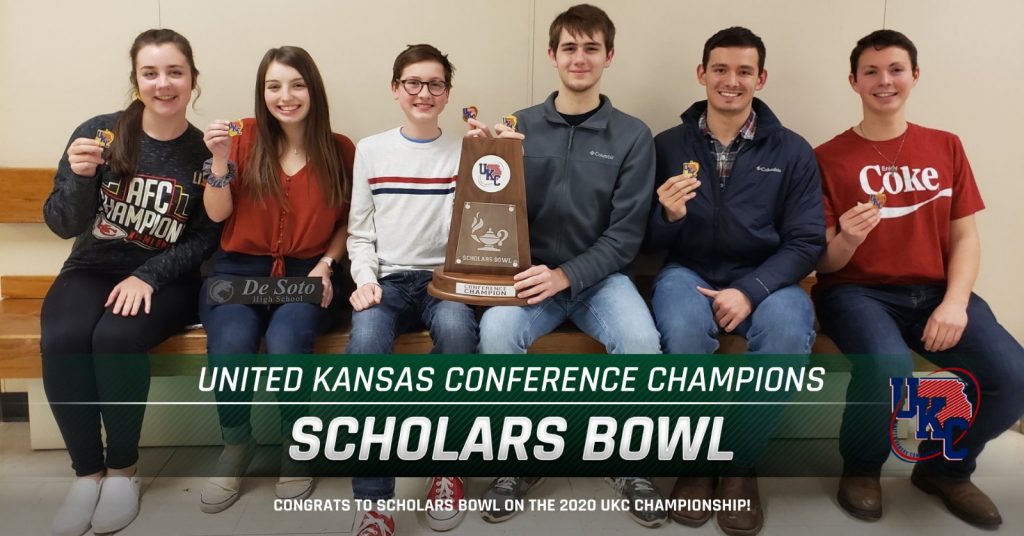 The De Soto Scholars Bowl team earned the 2020 UKC Championship after going 10-0 in the conference tournament, hosted by Shawnee Heights on Thursday, January 30th. The team includes members Sara Murphy, Abi Yarbrough, and Luke LeBar, along with senior captain Brandin Chase and seniors Mason Ericson, and Austin Bradley (pictured from left to right). All players answered at least two questions at the tournament, and the team averaged 91.5 points per round, scoring on more than half of the questions.

This is the first UKC Championship for the Scholars Bowl team. The team placed third last season in the initial season for the conference.

The team is coached by Phil Hamilton and Philip Kaul.