Barger’s path to a championship started Friday with a first-round bye. He defeated his next two opponents by pin, each in under a minute. This set up a match in the finals Saturday against the number one seed, an opponent Barger lost to twice already this season.

Their match Saturday started with Barger fighting to avoid a pin in the first period then unable to score in the second, and trailing 0-6.  The third period started with both wrestlers on their feet. Barger quickly scored a takedown, locked into position, and secured his third pin of the tournament a few seconds later.

Warner, Kalafut, and Mocca will join Barger at State after finishing in the top of their respective weight classes. Warner took sixth, winning two of his first three matches Friday. Kalafut took seventh, winning twice Friday and once Saturday. Mocca took eighth winning twice on the backside of the bracket Friday.

The action starts again Friday at 10:00 am in Wichita as Barger, Warner, Kalafut, and Mocca wrestle in the KSHSAA 5A State Wrestling Tournament. For more information on this  year’s State tournament visit KSHSAA.org. 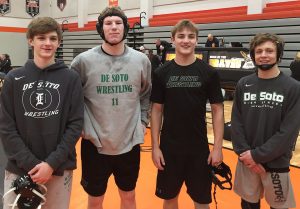 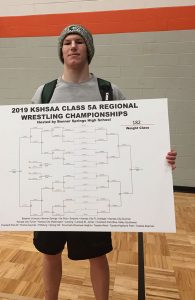 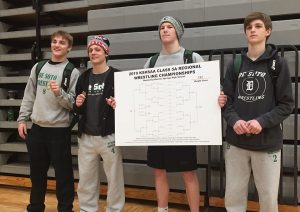 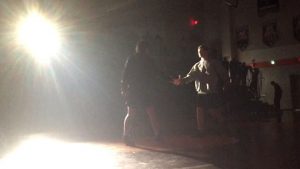 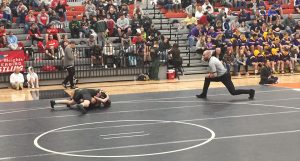 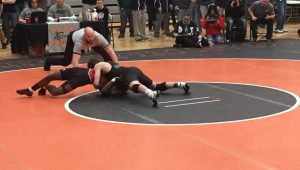