The De Soto high school varsity wrestling team hosted Eudora for a dual Thursday night in the main gym. Two Wildcat seniors, Nick Nguyen and Josh Padron, were recognized for their dedication and commitment to the wrestling program prior to the match-up against the Cardinals.

Sophomore Zak Kalafut (113) jumped to an early lead before pinning his opponent in the third period. Sophomore Jackson Mocca (152) was taken down in the first minute of his match, but scored a reversal, then turned his opponent with a barbwire to earn the pin.

In one of the most exciting matches of the night, Freshman Owen Nehl (160) found himself behind 1-5 at the end of the first period after escaping from a cross-face cradle. The second period started with an escape and takedown for Nehl’s opponent, making the score 1-8 with a minute remaining. That’s when Nehl used a combination of toughness and technique to stand up, turn in, and overpower his opponent to the mat to earn the pin.

Junior Luke Barger (182) stepped into a turk during the first period to pin his opponent as well. Freshman Preston Schock (195) won with Eudora open at his weight class. 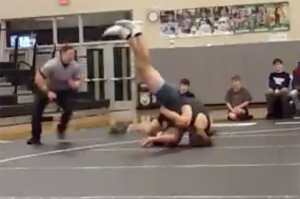 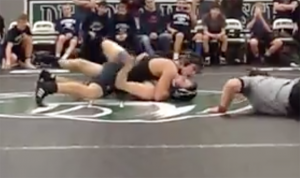 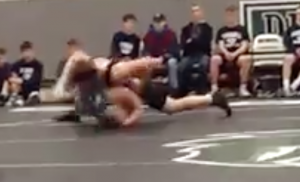