Nguyen started the tournament with an 18-1 technical fall victory over his first opponent, before pinning his second opponent in just 10 seconds. His next match was a loss but Nguyen bounced back with a 11-5 major decision win to finish in third place.

Warner and Dossett each won three matches and lost three matches during the tournament to place sixth in their respective weight classes. Warner’s path to the medal stand featured a dominant 10-0 victory in the third round. Dossett’s path to a medal required overtime in a thrilling 8-6 sudden victory match against his round-three opponent. Barger took fifth place using back-to-back, second-period pins then advancing through the consolation side of his bracket.

The Wildcats wrestle again at home this Thursday in a dual against Eudora. The Senior Night matches begin at 5:00 pm in the main gym. After that, post season competition begins with the inaugural United Kansas Conference Tournament. Then it’s the Kansas 5A Regional Tournament on February 15 and 16, followed by the KSHSAA 5A State Wrestling Tournament in Wichita on February 22 and 23. 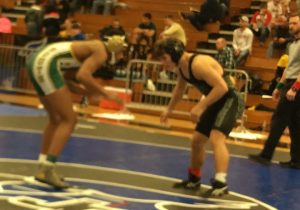 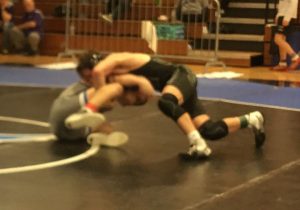