Senior Sam Hubert concluded his De Soto high school cross country career as the Kansas 5A State Runner-Up, leading the 2018 boys’ team to eighth place at the KSHSAA State Cross Country Meet Saturday at Rim Rock Farm. Hubert ran near the front early in the race and positioned himself in third after two miles. He maintained his position until the final stretch where he moved into second, finishing with a time of 15:53.

Joining Hubert on the medal stand with All-State honors was sophomore Carson Sturdy. Sturdy passed four runners in the final 800 meters to finish 20th with a time of 16:46. Junior Chase Culver climbed into the third spot for the Wildcats, finishing 57th with a time of 17:31. Rounding out the top-five for DHS was Freshman Kyle Newberry in 64th and Senior Graham Hudelson in 65th with times of 17:47 and 17:48 respectively. The six and seven runners were Senior Aydan VanMeerhaeghe, who finished 71st with a time of 17:58, and Freshman Brady Huggins, who finished 78th with a time of 18:12. The boys team score was 182.

Senior Rylie McDaniel and Sophomore Nicole Schottler also qualified to race in the Kansas 5A State Meet in Lawrence. Both represented the girls’ team as individual runners, with McDaniel finishing in 85th place with a time of 22:41.

Saturday’s races conclude a memorable 2018 cross country season, which saw the program host their inaugural meet at Lexington Lake Park in September. Other highlights include racing in the new United Kansas Conference plus sending many runners to the Nike Cross Midwest Regional Meet this November in South Dakota. 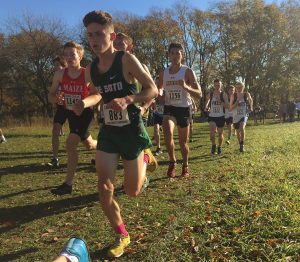 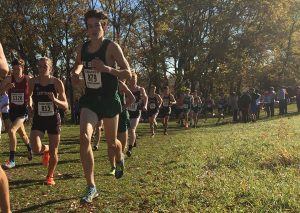 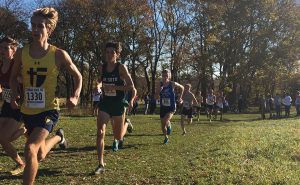 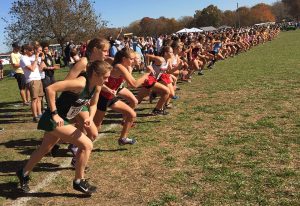