Katelyn Gress was the top finisher for the varsity girls, earning second-team all-conference in eighth place with a time of 21:31. Rylie McDaniel, Lane Hileman, and Erin Pickert were honorable mention all-conference runners with their fourteenth, seventeenth, and twenty-first place finishes respectively. Alison Roy and Alyssa Perry finished twenty-third and thirty-first for the varsity girls.

Aydan VanMeerhaeghe led from start to finish to win the individual title for the junior varsity boys with a time of 18:13. He was followed by Vinnie Capling in second, Jack Loomis in third, Connor Gibson in fourth, and Owen Gier in sixth as the JV boys team won with an impressive score of 16. Keaton Higgins, Brady Hudelson, Kaleb Barnes, Grant Kennedy, Jamie Brown and Colby Loomis all finished in the top-20, with Reed Richards, Jack Peterman, and Austin Sands close behind. Rees Hill finished in twenty-seventh place for the junior varsity girls.

The Wildcats race again Saturday in the Kansas 5A Regional Meet on the University of Saint Mary campus in Leavenworth. The varsity girls start at 10:00 am followed by the varsity boys at 11:20 am. The top three teams in each race qualify for the Kansas 5A State Meet on October 27 at Rim Rock Farm in Lawrence. 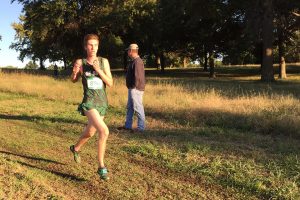 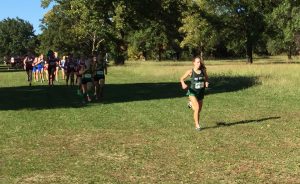 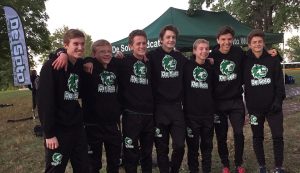 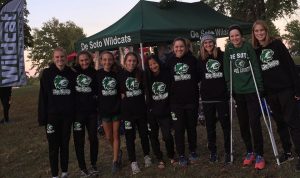 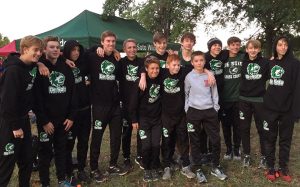