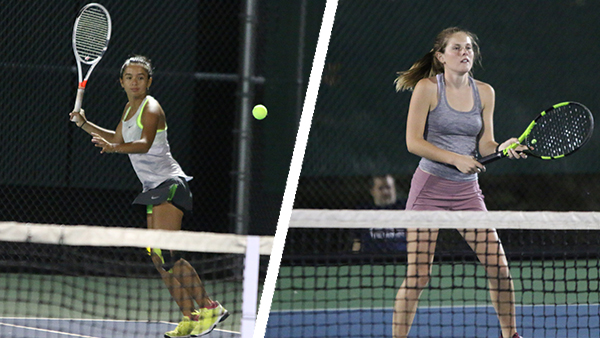 The Girls Tennis team competed in a 5A Regional on Friday, October 5th, 2018. The Regional Tournament was delayed from starting in the morning as originally planned. The tournament started at Indian Creek Recreational Center and due to the delays was moved to finish at De Soto High School as the tournament ran into the night and needed lights. The Girls team finished in 3rd Place overall as a team at the Regional Tournament.

Issa Sullivan finished in 1st Place in Singles and was the Regional Champion, and also advanced to State.

Bailey Ramsdell finished in 5th Place in Singles and also advanced to State.

Doubles team of Jenna Doran/Hannah Hamilton and Kylee Collins/Hallie Scott played really well but did not place at Regionals.

Congratulations the Girls Tennis Team and good luck to Issa and Bailey at State!