The De Soto high school cross country team competed in the Rim Rock Farm High School Classic Friday and Saturday in Lawrence. The Wildcats raced against some of the best teams from across the Midwest, on one of the more challenging courses in the area, and produced some of their best results of the 2018 season. Individually, dozens of DHS runners finished with either a lifetime or season best time. Collectively the varsity, junior varsity, and C-team performances were indicative of a program on the rise.

For the varsity boys, Sam Hubert (11) showed why he is one of the top high school distance runners in region, finishing with another lifetime best of 15:53. Carson Sturdy (89) finished under 17 minutes for the first time in his career and Graham Hudelson (153) was close behind with a season best time of 17:23. Brady Huggins (200), Kyle Newberry (205), and Chase Culver (211) each posted lifetime bests finishing under 18 minutes, along with Henry Rotusek (256) to help the team place 26th out of over 40 teams in the gold division with 622 points.

The varsity girls finished 18th out of 39 teams in the crimson division. Sophomore Nicole Schottler (32) was the first Wildcat across the line with a time of 20:41. Katelyn Gress (61) and Aylssa Perry (140) both finished under 22 minutes with Rylie McDaniel (155) posting her lifetime best of 22:11. Alison Roy (163) and Lane Hileman (222) recorded lifetime and season best times respectively helping the varsity girls place in the top-20 with 512 points

The Wildcats race again Saturday in the Seaman Invitational at Shawnee North Community Park in Topeka. The varsity girls race begins at 9:00 am with the varsity boys, junior varsity, and C-team races to follow. 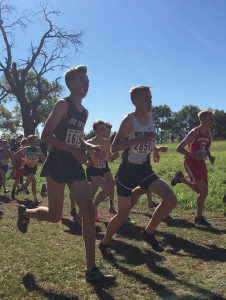 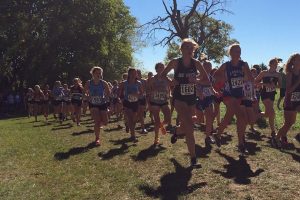 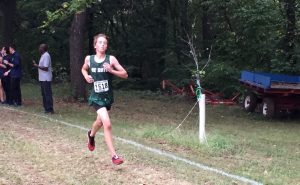 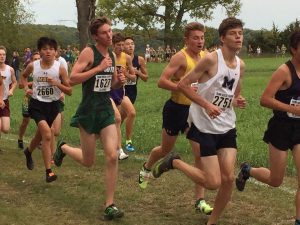 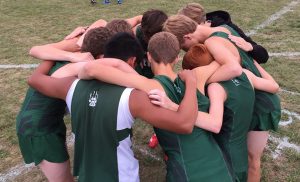